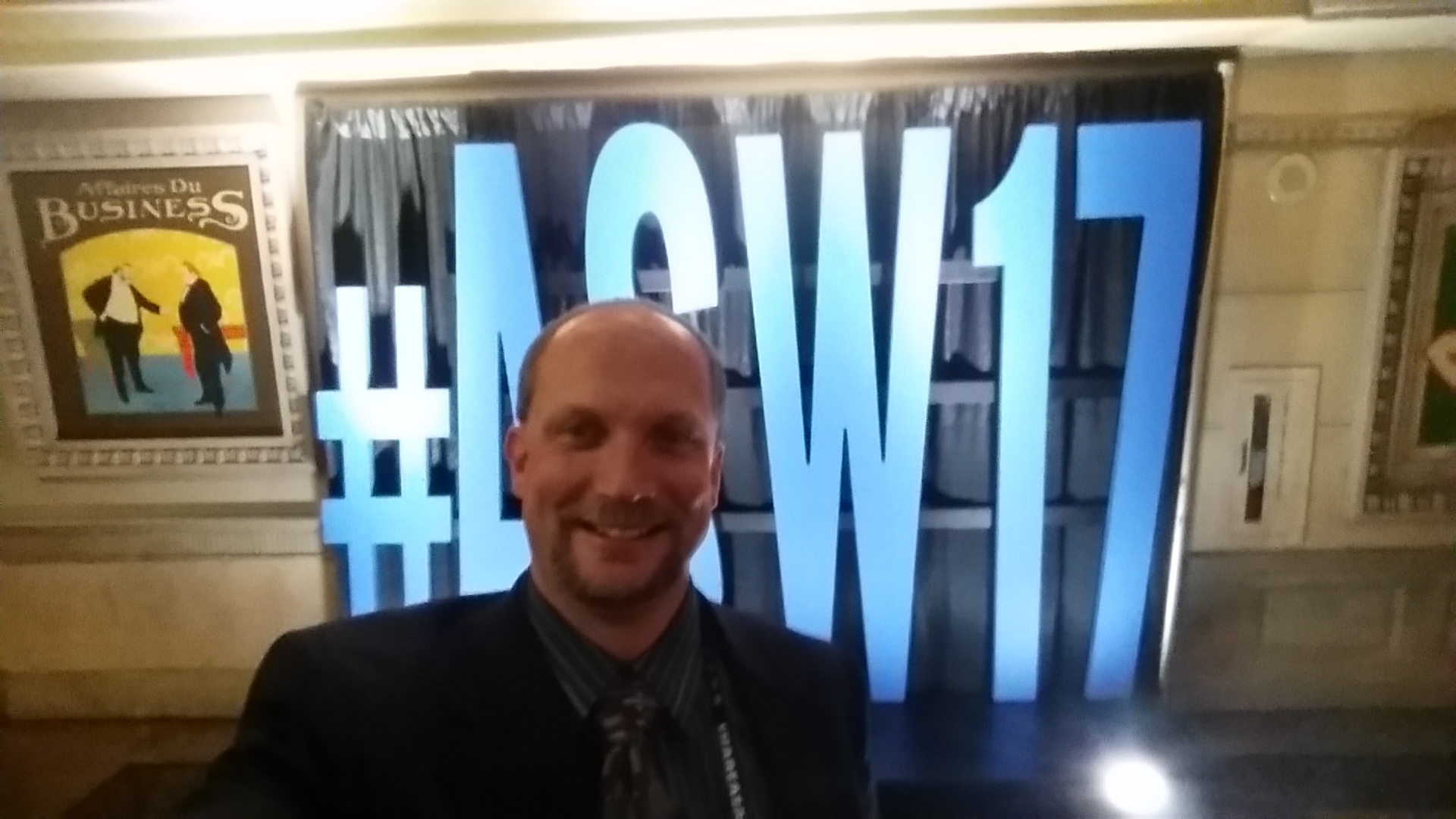 Saturday January 14 offered early registration and a meeting called “Networking for Introverts”.  I checked in and got my welcome bag with information on the conference and some goodies from sponsors.  I registered for the basic networking pass which provided access to all of the major elements of the conference but limited access to the educational seminars.

I attended the “Networking for Introverts” meeting but was late so I only caught a few of the remarks by each of the speakers, Shawn Collins and Missy Ward.  They scheduled the meeting for one hour but the speakers finished after a half hour so they invited everyone to mingle.  They served appetizers at the meeting and had an open bar.  I met some interesting people from all around the world including South America, Asia, and Europe.

Sunday January 15 was the first full day of the conference.  There was a job and resource fair early in the day at the adjacent hotel, Bally’s.  They held it in their Skyview lounge at the top of the hotel.  It had an awesome view of the Paris hotel.  I went to the event hoping to find some information about companies that are hiring for positions in affiliate marketing.  I have struggled with my business and was thinking that I may learn a lot and be more successful by going to work for someone in the industry.  However there were not many people at this event so I didn’t gain much except for a great view. The big event on Sunday was the “Meet Market”.  It was held in the Concorde Ballroom with 240 tables that were hosted by campanies in the industry.  It had the format of a job fair, or college recruiting fair.  The companies included affiliate networks, traffic sources, online tools, and other services that support the industry. A program is offered to first timers of the Affiliate Summit called the “Newcomer Program Meetup”.  This was my third time going to the Affiliate Summit West so I volunteered to help out.  They paired me up with a gentleman named Rickey from Oregon.  The meetup was from 6:30-7:30 pm.  I had bumped into him earlier in the day so this was not the first time I met him, but we had a good discussion.  I had communicated with him via email and over the phone prior to traveling to Las Vegas.

The Affiliate Summit has become known for the incredible parties that are hosted by many companies.  Sunday night I was invited to so many parties that I couldn’t make it to all of them.  I went to three parties.  The first party that I attended was sponsored by Aff Playbook.  It was in the penthouse suite at the top of the Palms Place resort.  The view is amazing from up there.  They baked lots of cookies and had a huge dining room table covered in these homemade cookies.  It was a great atmosphere for networking and learning from each other.  I had some great conversations with some guys that have been doing affiliate marketing for years. The second party that I attended was sponsored by Charles Ngo, WWWPromoter, and YepAds.  It was called the “Sin City Social” and was held at the Ling Ling Lounge, inside the MGM Grand Casino.  This party was in a dance club with the club atmosphere.  It was a nice event, but the music was kind of loud so it was hard to carry on a conversation. The third and final party that I went to for the night was the ShareASale party.  It was held in the Jewel night club inside the Aria Casino.  This was a really fun party with a sports theme.  People were encouraged to wear jerseys of their favorite sports teams, however I didn’t change clothes.  I saw many VIPs there including CEOs of large affiliate marketing corporations, super affiliates, and ASW17 conference organizers. On Monday they opened the Exhibit Hall in the Paris Ballroom.  It offers the exhibitors a larger and more comfortable environment to talk with prospective business associates.  Many of the companies bring in couches, tables, and other features to attract people to talk with them.  The exhibit hall offers companies a great opportunity to impress prospects and establish beneficial business relationships.  Round tables were setup around the perimeter of the exhibit hall to allow people to use.

They used a section of the ballroom for “demo day” where they allowed some companies to demonstrate how their software works.  I saw portions of two of the demonstrations.

There were 2 Keynote speeches on Monday.   The first keynote address was by Marty Weintraub.  He spoke about what marketing is today due to changes in technology and consumer media preferences.

The second keynote address on Monday was at 5pm.  Brian Massey spoke about the science of conversions.

Monday afternoon there was a private event at the Lavo Italian Restaurant inside the Palazzo Casino.  It was a really nice event that allowed people to connect in a relaxed environment.  There were waiters walking around with trays of hors d’oeuvres.  I arrived near the beginning of the event because I wanted to get back in time for the evening Keynote.  It wasn’t too busy when I arrived but was completely packed by the time I left.  I met some great people there and had some interesting conversations. On Monday night they had the Affiliate Ball which was the official party of the Affiliate Summit.  It was held at the Light Nightclub inside the Mandalay Bay Casino.  The VIP passes allowed people in at 9pm, where everyone else wasn’t admitted until 10pm.  They layout of the club is pretty interesting with tiers down toward the dance floor.  They had a DJ that spun some fun tunes for most of the evening.  There were some Affy awards given out, including one for Luke Kling from Peerfly as the affiliate manager of the year. Snoop Dogg was the main attraction and he took over the DJ station around midnight.  He sang along to a few songs but mostly DJ’d. Tuesday was the last day of the Affiliate Summit.  The exhibit hall continued on for its second day.  In the morning there was a “revshare roundup” for affiliates to meet networks that offer revenue sharing programs. The keynote speaker was Sean Dolan.  He started out speaking about how emotion is very important in marketing.  He then moved into sharing a story about how he and his father started a website with the intention of helping a homeless man.  The website was called PimpThisBum.com.  They identified a homeless man named Tim Edwards who agreed to work with them.  They were able to help Tim to get off the street, helped him find a job, got him through a rehab program, and connected him with family members that he was unaware existed.

There was a special surprise at the end of the presentation where they brought Tim Edwards into the conference room.  Everyone in attendance rose to their feet and gave him a standing ovation.  He answered some common questions that he hears.  8 years ago they started this website and Tim has remained sober since 2009.  It was a very powerful story. The Affiliate Summit Exhibit Hall remained open until 4pm and I had time to talk with several companies.  The last event of the day was the “Ask The Experts” round tables, but I was kind of disappointed by the material that was presented from the tables I visited.  The timing probably wasn’t ideal as it was in the last hour of the conference and people were ready to go.

Overall the Affiliate Summit was a great conference.  I met many amazing people and am still following up with many of those people and their companies.

Thanks for reading my post!  I hope it was helpful for you! Blessings!